While New Zealand has tackled housing affordability with a new policy that permits three houses on a single lot, a boutique housing developer in Vancouver has been working on his own answer to Metro Vancouver’s affordability crisis.

Rob Chetner is building housing that creates homes for at least eight families where a single house once held just one family in Vancouver’s South Granville neighbourhood.

Hudson 8, a new development being built by Chetner’s KiND Development Group at West 57th and Hudson Street, managed to preserve some of the features of a heritage/character home while creating three new homes within the shell of the one that existed before. As well, three contemporary townhomes were built in what used to be the backyard of the heritage home’s giant-sized 21,000-square-foot lot.

Chetner has just come off a successful campaign at the Residences at Lakeview Village, a 100-home resort-style condo development overlooking Lake Okanagan that sold out in just a few weeks this past summer. But it is his work on smaller developments in Vancouver, including ones that include preserving and even moving older heritage homes that inspired Hudson 8.

The overriding goal with the Hudson 8 development was to increase density by offering homes for a minimum of eight families in place of one larger home for just one family. Chetner retained the exterior features of the main heritage home while creating three units inside it featuring modern finishings.

The heritage home retains many of the popular characteristics of old Vancouver house exteriors, such as broad steps leading to a front entrance, protected from the elements by a second storey balcony, and a roofline punctuated by opera balconies and numerous dormers and large windows. As part of the project, KiND lifted up the heritage home and rotated it 180 degrees to showcase the revitalized features. “The front of the home now faces West 57th so that the public can enjoy the home’s character with the big veranda and balcony.”

In preserving those historical elements, KiND was able to increase density because of a provision under the city’s Heritage/Character Home Bonus zoning designation that permits the city to award a bonus density of 15 per cent, ultimately allowing more families to live on the property in spacious-by-any-measure homes.

The smallest of the townhomes, a three-bedroom, two-bathroom unit, measures 1,316 square feet, located on one level with a terrace. The other two units are on three levels and have three bedrooms and 3.5 bathrooms each. The largest has 1,978 square feet of interior space and 471 square feet allocated between a terrace and a private yard. The other townhouse totals 1,647 square feet and has 963 square feet of private yard space and terraces. In addition, both have balconies, private entries and garage parking.

The original lot was subdivided into 10,860 square feet allocated in two lots for the heritage home strata units and modern townhomes and about 9,300 square feet next door for two units in a duplex. Both duplex units measure over 3,000 square feet, and each side will contain three bedrooms, a den plus front and backyards, and a two-bedroom rental suite. Each side comes with a private garage.

Inside, buyers can choose from soft white interiors in the heritage homes and neutral grey in the townhomes, with similar choices in the duplex units. The different home types feature all the amenities of modern living, including a quartz kitchen countertop with a large waterfall-edged island and marble patterning, carried over to the backsplash, imported Italian flat panel cabinetry, illuminated by recessed pot lighting in eight-foot and higher ceilings. The Fisher & Paykel integrated appliance package features 36-inch wide five-burner gas cooktops in the heritage homes and 36-inch five-burner electric cooktops in the townhomes.

The development has been attracting broad interest, says Jacky Chan, president of BakerWest Real Estate Inc., which is marketing the homes.

“The character homes would appeal to people who like the west side look and who like being in a detached single family home community,” he said.

Many of the inquiries for both the heritage and contemporary homes have come from two demographic groups: people who currently live around here and want to stay in the neighbourhood and younger folk who grew up in the area, went to elementary and high school here and now want to return, he said.

“You also get to be in one of the most prestigious neighbourhoods in South Granville, with some of the best school catchment areas, best proximity to amenities and a traffic connection of just 10 minutes to YVR and similar times to Richmond and downtown Vancouver. That is an immediate appeal for downsizers.”

Chan said the alternative for multi-family homes of the same calibre in the neighbourhood would cost about 10 per cent higher on a per-square-foot basis. Yet with Hudson 8, the buyer gets a custom home and becomes part of a much smaller, boutique-sized community, he said.

Project Scale: Three homes in a repurposed heritage house, and three contemporary townhomes and a duplex, each with three bedrooms plus two-bedroom rental suites. The heritage homes and townhomes range from 1,316 sq. ft. to 1,978 sq. ft 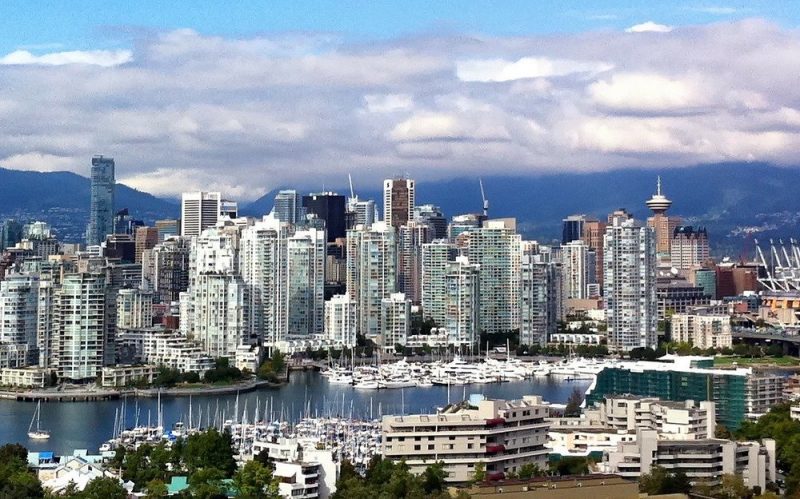 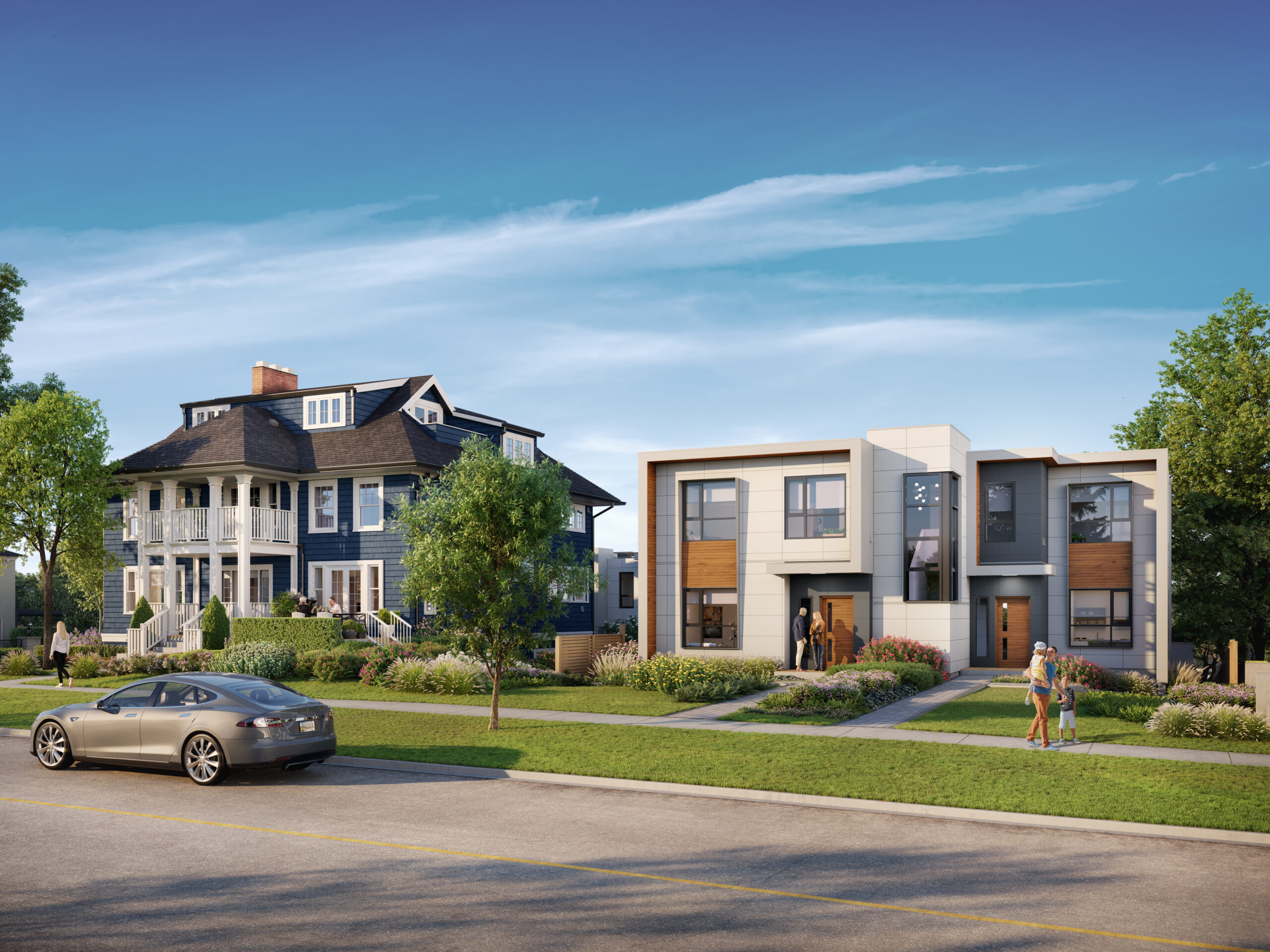 A New Definition of Contemporary Living is Rising in South Granville 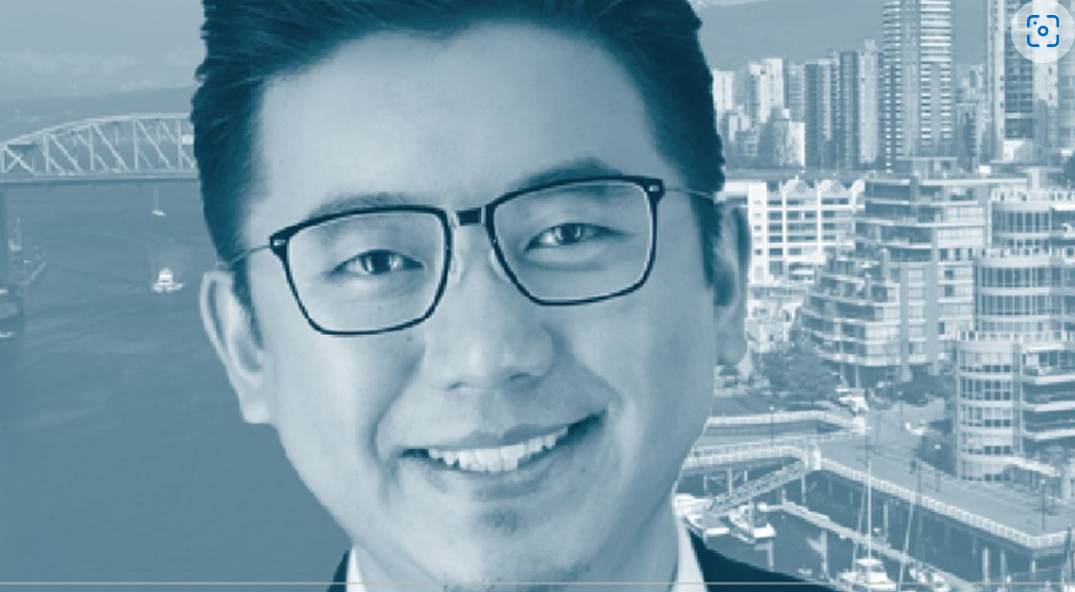