An infill project on a quiet Vancouver street illustrates the potential for densifying the city’s single-family lots. Instead of building yet another monster house on the 21,000-square-foot lot at 1312 W. 57th Ave., the developers saved a handsome heritage house and turned it into eight strata homes with potential for two rental suites.

Sales for the project, called Hudson 8, just launched, and marketer Jacky Chan, president of BakerWest Real Estate Inc., says there’s already intense interest from the younger generation who grew up on the west side but can’t afford to pay the multi-millions of dollars typical for a single family home in the Marpole neighbourhood.

Instead, they can lay down roots in the neighbourhood where they grew up with a 1,316-square-foot garden suite priced at $1.75 million, or buy one of the modern three-bedroom townhouses for $2.613 million, or get into one of the 3,200 square foot duplex units for $3.69 million.

“It will allow our future generations to be able to see what Vancouver actually used to look like,” says Mr. Chan, “and it really keeps that feel and vibe in a highly prestigious single family detached home living area.”

“What this does is allow 10 families to live in a prestigious location where the exterior aesthetics has kept its integrity, while naturally increasing the density.

Hudson 8 consists of a gutted and redeveloped 5,000-square-foot heritage house that has been repositioned so that three side-by-side townhomes could be built behind it. The 100-year-old house has been converted into three units, each with three bedrooms. The property was subdivided, and the duplex building sits on the lot to the west. Each side of the duplex includes basement suites for rental, so the property has the potential for 10 households.

Someone has already shown interest in purchasing the entire duplex, priced at around $7.2-million.

Kind Development Group purchased the property more than five years ago, so it was conceived a couple of years before the City of Vancouver allowed duplexes in detached house zones, and certainly before Mayor Kennedy Stewart began calling for even denser multi-family housing on the same lots. That proposal was turned down by city council in September 2020, but Mayor Stewart resurrected his “Making Home” plan in October. The program, he said, would aim to help first-time buyers get into the market by allowing detached houses to be redeveloped or converted into six-unit rentals or condo units. The program, which he’ll put forward as a motion in January, would start with around 2,000 houses for consideration and then open up to all 68,000 detached houses in Vancouver. The mayor’s Making Home reboot tackles affordability through various mechanisms, such as capping profit once the unit is resold, with a portion of that profit going toward the city for housing programs. Current policy allows for three units on a so-called single-family lot, including basement suite and laneway house.

The push for gentle density in detached house zones is not new. University of B.C. professor and urban design expert Patrick Condon has advocated for gentle density with a permanently affordable component for several years, and last year he applauded the city of Portland for coming up with new six-unit zoning that addresses affordability. Such a move to ensure a portion of the development stays affordable would take the steam out of speculative buying. All units at the Hudson 8 project are market rate, and because of the high cost of land, not affordable to the median income household of $72,662.

“Even though it’s a completely different program [from Hudson 8], the fundamentals are the exact same,” said Mr. Chan. “One detached house lot has been turned into multi-family.”

Hudson 8 co-owner and developer Rob Chetner, who’s been building homes in Vancouver since 1995, says the five or six years it has taken to redevelop the property has been too long and laborious to go through again. He’s questioning whether he’d take on another heritage house retention project, although his Two Dorothies project in 2014 saved two valued Tudor-style heritage houses and generated a lot of media attention. He also needs to know how restrictive the Making Home program would be before he’d get involved, assuming it, or another program like it got approved.

Instead of building another monster house on the 21,000-square-foot lot at 1312 W. 57th Ave. in Vancouver, the developers saved a handsome character house and turned it into eight strata homes with potential for two rental suites.KIND DEVELOPMENT GROUP

In exchange for saving the heritage house, Mr. Chetner says he got zoning permission for about 1,500 more square feet and the ability to build six strata units. But he’s frustrated too that density on single-family lots is only now gaining traction, and he could have built more.

“In theory, we could have been looking at 12 homes [on this property], which is kind of what we started with; about 10 or 12 units. We were shot down, and then we went to six and a duplex. And in that time, the duplex lot zoning came into effect, where every single-family lot could accommodate a duplex, so that boded well for our cause.

“And now it’s ironic because we probably could have created more housing units.”

If he had been allowed to build 10 or 12 homes on the property, he could have added more units at around the $1.75 million mark. Affordability, he says, is relative. The alternative to the multi-family project would have been another sprawling mansion for one household. He doesn’t have a problem with that. Mr. Chetner says he too lives in a detached house on the west side.

“We’re selling it for what we need to sell it for so a bank would say, ‘yeah you have got a viable project here.’ And so we are selling six homes that are much less costly than one single family home, and they are giving … really, 10 families the opportunity to live on the west side, in an area – if you were just looking at a single-family house – that would be much more expensive.”

Mr. Chetner says he is keen on the idea of densifying expensive neighbourhoods, such as his own Kerrisdale neighbourhood, where first-time buyers with average incomes are typically shut out due to high prices. Height hasn’t been specified in Mayor Stewart’s Making Home plans, but Mr. Chetner says six storeys might be worth exploring. (At the mayor’s news conference in October, architect Marianne Amodio said the bylaw changes would not allow buildings that were out of context with the neighbourhoods.)

“Imagine if you could do a six-storey building – one suite per floor. I live in a single-family house in Kerrisdale, and I don’t think I’d like the idea of a six-storey building next to me. But I think I’m also open to it, if it was done nicely and if the intent truly is to use our limited land mass of single-family housing on the west side – or the whole Lower Mainland, really, and make it more productive.

“I’m just saying if you could do something like that, you could make some cool places.”

Mr. Chan grew up in the South Granville area and says his family home is now worth about $4-million. He remembers it was worth closer to half a million 20 years ago.

He’s seeing a lot of Canadian buyers who’ve been living in Hong Kong returning to the Vancouver market to buy properties and settle down, which will continue to drive up prices.

The target market for Hudson 8 falls into two groups; downsizers who want to maintain the prestige of living n a single-family area and younger buyers who had moved away and now want to return.

“They are people who grew up in this area who’ve moved outside Canada, or they studied abroad, and they used to go to elementary or high school or university here, then left. And now they are at a stage where they are starting a family and obviously who doesn’t want to go back to South Granville or South Cambie or Shaughnessy or Kerrisdale, where they grew up, where they want their kids to go to same school?

It’s a dream for a lot of people who grew up in these areas, because the prices have gone so astronomically high.”

He calls bylaw changes for more density an “inevitable” move, even in the face of opposition.

“It doesn’t matter who’s trying to force it not to happen, just because they want to retain the single family monster homes in these certain prestigious areas.

“The reality is, are these homes going to be passed down and inherited? If not, then who can afford them, right?

“People need to realize that the world does not spin as we wish. It just spins on its own, regardless of what we think.” 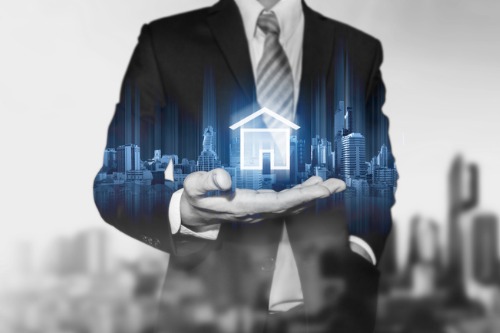 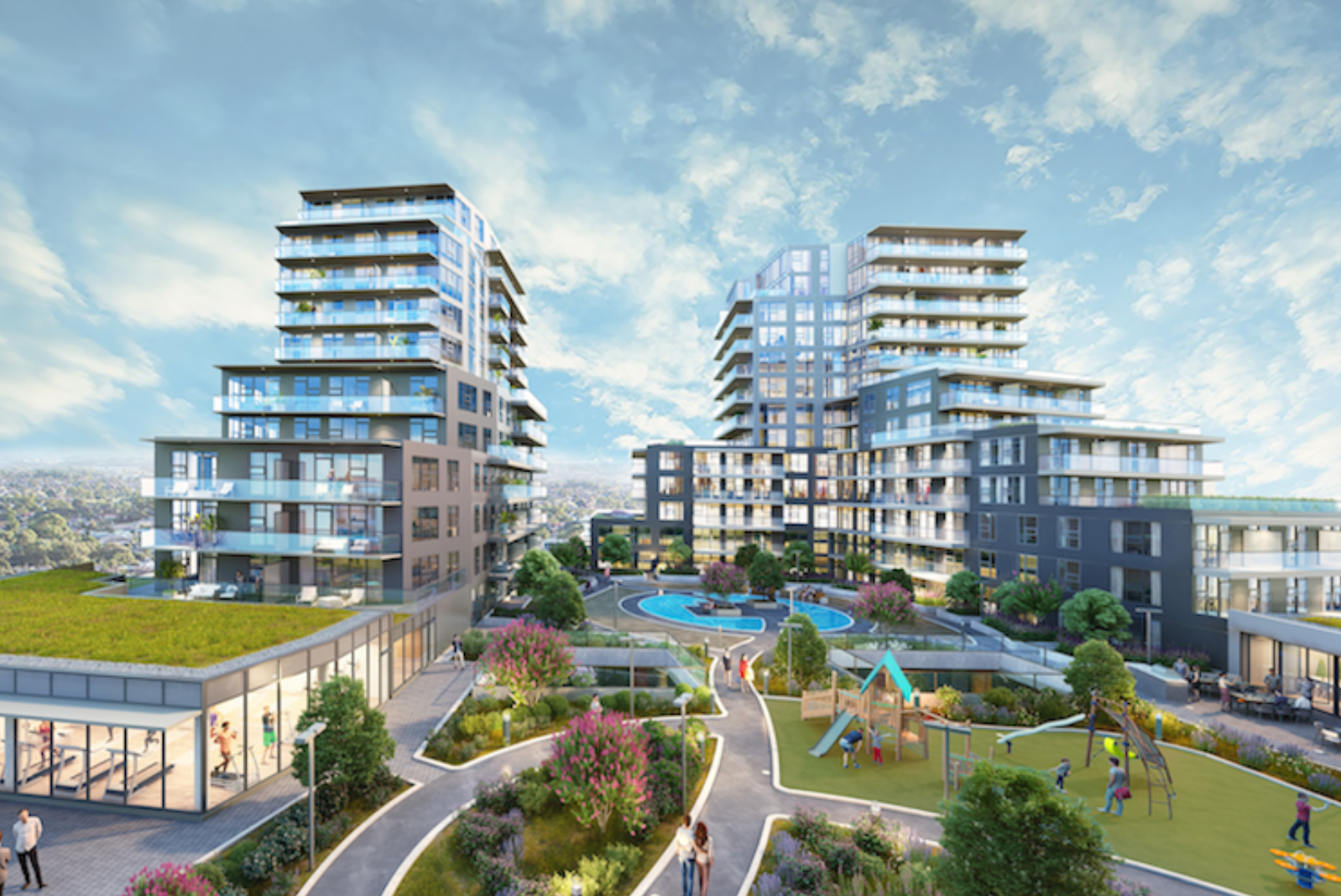